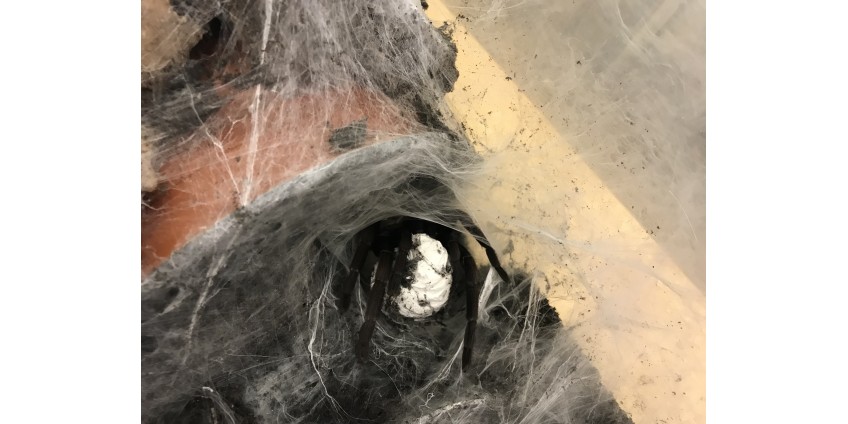 Snow-joke! Honestly after all the snow and disruption last week, this week has been a nightmare for another reason. Last Friday I injured my back in a new gym class and ended up in excruciating pain, the weekend was a medication and agony induced blur, after seeing my doctor on Monday she confirmed that my back was indeed in spasm (you’re not joking). I could not believe the timing of it as I cannot recall ever having such a back-log of orders. Monday and Tuesday were very tough days as I just had to get all the orders packed and sent out. My family were great, especially my daughter, I honestly couldn’t have done it without her. The physical pain was awful but any mental anguish was all down to me as I’m delighted to say that all my customers, without exception were patient and polite. Obviously, people wanted to know when their animals would be arriving but nobody was pushing me and I was really grateful for this. Believe me I am my toughest critic and I was certainly pushing myself! Thankfully over the last couple of days my back has started to ease up. I know I need to be careful so I haven’t been back to the gym yet but I have to get to yoga on Sunday as my daughter is coming with me as a Mother’s Day present! (she is also cooking me Moussaka, my favourite meal)

One good thing that has come out of this enforced inactivity is that I have had more time to think, plan and work on my computer. I have been trying hard to improve my website, there seem to be quite a few gaps in the information on certain animals (mostly the ones that I have obtained recently for my New Year re-stock) so I am trying to fill in the gaps but it all takes so much time. If you find any mistakes or gaps in my care notes please do let me know, it really is a help. With so much on my website it is really difficult to know where to start but if you point something out, I will start there!!

I have begun work on moving the Ginny’s Jungle website over to my main website. It would really help if I had a clue what I was doing but I’m sure I will get there in the end. “Where there’s a will there’s a way” as my mum used to say but I haven’t quite found it yet! My hubby and my website guy have asked me what I want to do and what I want it to look like but I honestly don’t know, I just know that if I am ever going to get the party/animal encounters side of things properly up and running it needs to be part of my regular business and not a ‘stand-alone’ business. I only need to look at Facebook to see how Virginia Cheeseman is a thriving business and Ginny’s Jungle is little known (66 followers as opposed to almost 2,000). It is both a new and local business and it needs a little help from my well-established business. Ginny’s Jungle has a great ring about it, Virginia’s Jungle is clearly not quite the same (I would put a smiley face here but of course my website system won’t let me). It does get a bit confusing, I have always worked under my name of Virginia but family have always called me Ginny. Virginia is a rather an old-fashioned name so quite a few younger people don’t realise that Ginny is the shortened version of Virginia. This is clearly where confusion can arise, I must admit that even I don’t know if I’m Ginny or Virginia to people who call me on the phone these days!

Anyway, back to the bugs. I have just ordered some great new creepy crawlies and they should be with me next week (tarantulas, millipedes, scorpions, beetles). I am expecting a film crew one day next week so I have got some serious clearing up to do, with the amount of bugs that I have sent off this week and the problems with my back, there are empty containers everywhere and the bug room needs a proper sort out. I have to move things around to make more space (I will have to leave the heavy lifting to my family). Sounds like a job for Sunday to me, being Mother’s Day how can my son and daughter refuse to help? More news on the filming next week, I know what the media are like (it may never happen) but at least I will have a spick and span place to work next week and that will really help when the new animals arriving (hopefully not on the same day as the filming).

It was nice to see a couple of comments posted on the blog last week, it is always good when people join in. I think that’s what’s good about Facebook, being able to see that people are viewing, liking, commenting and sharing my posts. Joking apart, I have decided that switching off messenger on my Virginia Cheeseman page was the right thing to do. Not only were most of the messages? (nope can’t think of a tactful way to put it) but just occasionally there were important questions about an order that I needed to see. In a text or email I can see them immediately and sort out any issues but with Facebook I often didn’t see the message until it was too late.

Just a couple of bits from this week before I have to go out:

I came across an old diary of mine from 32 years ago and couldn’t believe how little my life has changed “got the Monday morning posting off”, “went out to get bramble for the stick insects” and yes, all the way back then I was moaning about the weather!

Loved it when my daughter shouted out that there was a spider on my filing cabinet, followed by “it’s ok, not a furry one”. So, I guess if it’s furry, it’s a tarantula and one of mine.

I’ve decided not to post adult male, Ethiopian crickets. For those who haven’t kept them – they sound like a smoke alarm going off and I would hate to be responsible for the sorting office being evacuated! (it is easy enough to pick out the winged males in a tub before sending)

Great excitement yesterday when I discovered that one of my favourite spiders had at last laid an egg sac. I mated her last September! She is an Indian Violet (Chilobrachys fimbriatus). You can’t see much of her in the photo but it looks like a big egg sac.