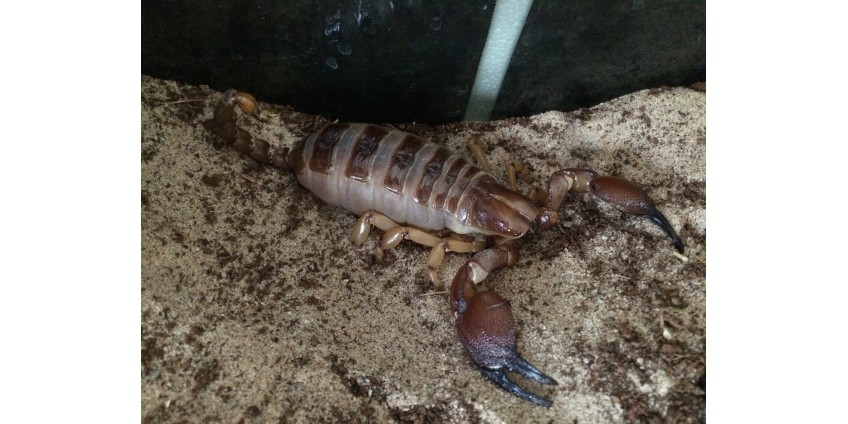 Lucky me! Spa last week and Cyprus this week

Lucky me! Spa last week and Cyprus this week. However, in between is extremely hard work getting everything ready to leave for 10 days (we usually go away for only a week). I posted off my last orders yesterday and because we don’t return until the Wednesday night I won’t be able to post any orders again until Monday 9th May. I have cleaned out lots of cages this week and fed everything up but I will be going through it all again tomorrow before we set off Sunday morning.

I will post photos on my Facebook page of anything interesting that I find while I’m away. I will of course be looking for snakes, it is my favourite holiday pastime, even if we very rarely ever see one, at least a live one as most are dead on the road. I have a Facebook friend of a friend in Cyprus who is interested in wildlife photography and says he can take me out to look for snakes. He has posted photos of the Blunt Nosed viper recently as they have been emerging from hibernation. Having read how venomous they are I think I would rather stick to looking for Whip snakes (my favourites) but “when in Cyprus do as the Cypriots do” I guess?

Business has been good over the last couple of weeks. I have sold off some of my surplus tarantulas but sadly nowhere near as many as I wanted to. I couldn’t sell them any cheaper but it just proves my point that the market is flooded with some of the more common species. I will be restocking in May but I will be far more selective in the ones that I stock. I’m hoping to get more of the rare and sought after tarantulas and some nice non-tarantula spiders like the Jumping and Ladybird. You never know I may find some in Cyprus, I did find a lovely Jumping spider last year when we were out there but it kept moving and my photos were rubbish! We found (well hubby found, I don’t think I would ever have spotted them) a couple of baby chameleons this time last year but when we went back again at the end of the year, the area had been destroyed by diggers and I assume by now there will be a house built on it. I love Cyprus, it has a lot going for it but there is a huge amount of building work being carried out, especially around the Paphos area. I suppose it is a case of ‘enjoy it while you can’. I can’t wait to get out there now.

People often say that I shouldn’t tell everyone when I am away but as the business is ‘just me’ I think people would notice if I disappeared for a couple of weeks. I appreciate the concern but the house won’t be empty, my mother in-law will be here for Teddi and my daughter and various friends too. It’s just that none of them are interested in the bugs! I will leave extensive lists of what to do on a daily basis but I wouldn’t actually want anyone touching the spiders or scorpions “just in case”. I did ask my daughter if she minded if I move my huge, gravid Shiny Burrowing scorpion into the nice empty tank in the dining room (vacated by the Land Hermit crabs now housed in the bug room – easier for care while I’m not here). She looked at me and said “why would I mind?” I think that sums it up, she’s not scared of my animals, they are normal to her but sadly she has no interest and therefore no inclination to carry out more than the essential maintenance. Thankfully everyone seems to like my baby rats so I don’t think they will lack attention while I’m away.

I discovered while sorting the spiders this week that one of my Horned Baboons has moulted into an adult male. Just for once this was good news as I have an adult female. There’s no time now but I will introduce them after the holiday. It’s already on my ‘when we get back’ list and of course I have a long ‘before we go’ list – you all know by now that I couldn’t function without my lists!

It is all very well sitting here chatting to you in my Weekly Whinge, as I affectionately call it but there is plenty to be getting on with and I will need to pack at sometime too. I’m sure the holiday will be great when we get there but I do hate leaving my animals, sadly it’s a bit far to pop back and check on everything but I really would like to!

The photo this week is of “Pudding” as I’ve named her for obvious reasons :-)